What is cache probing

The challenge is leak the flag and using the cache probing and xs-leak :)

If you went to the challenge, you can see a notepad function as above. I checked, the function as top is to save a content and function as bottom is to search for saved memo. 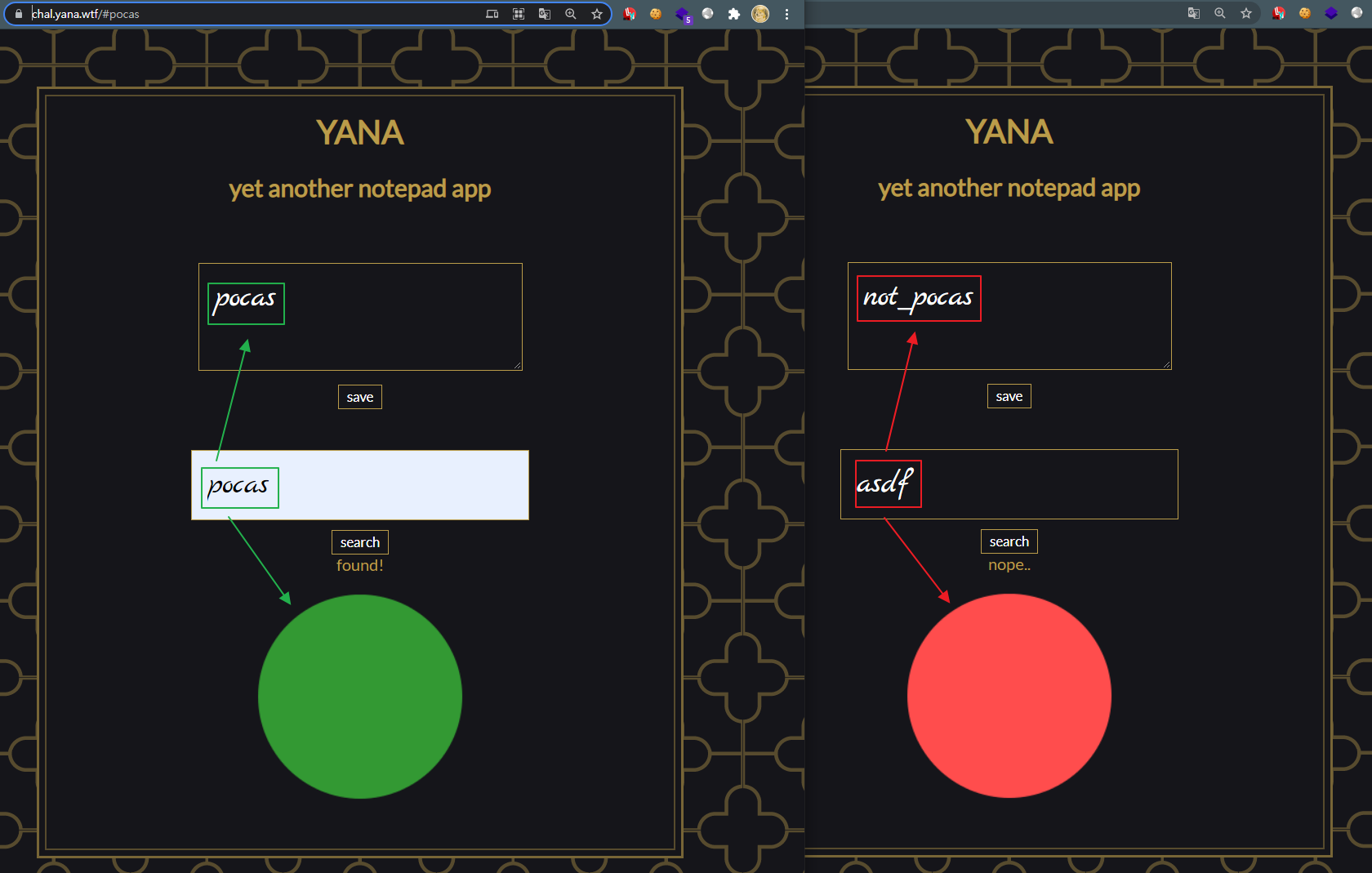 So, I saved a memo as pocas and not_pocas. I did a saerch for pocas on the left and searched for asdf on the right after saved the memo.

OMG, I did a search and came up with surprising result!! It was immediately returned with a different color image!! I can know an important information here.

We learned a lot from our analysis !!

In bot.js, flags are stored in notes. Also we know the flag format. ( uiuctf{[a-z0-9_]} ). That is, we can brute force using uiuctf{. This is where ‘Cache Probing’ is used. I know that when I search for a value contained in a note, a green image appears.

First of all, this is the exploit code that sends a query that is not saved in the memo. In the above situation, the browser will load a red image. Then the green image will take a lot of time because it is the first to load.

Let’s check it out.

Nice, When sending a query that does not contain it, it took about 43s?43ms.

Now, let’s check the loading time when sending the query included in the note.

OMG When sending the included query, it took about 3s?3ms?!!

Now let’s use this to brute force. However, when doing brute force, sending many requests at once can cause bot.js to close.

I got one letter and proceeded with a new run.